← more from
The Leaf Label
Get fresh music recommendations delivered to your inbox every Friday. 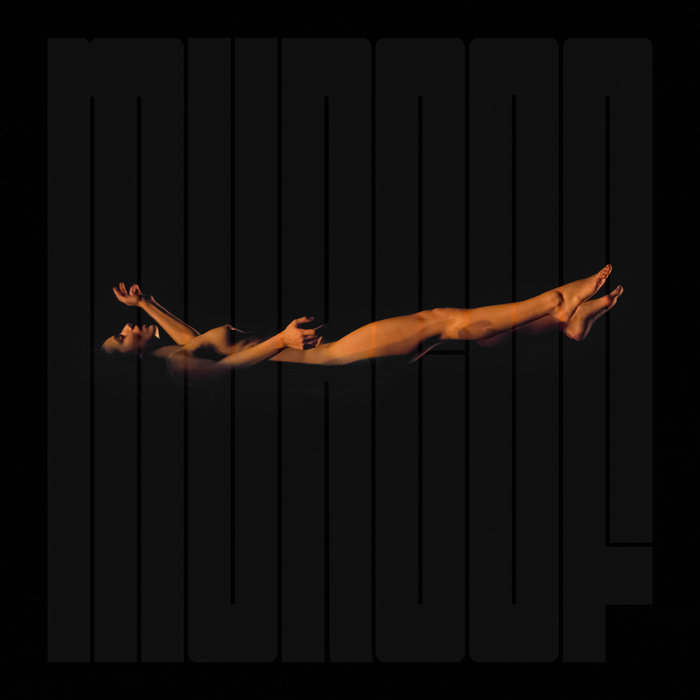 mister_white Thank you so much for this wonderful record!!! Wish I could see the dance theatre somewhere.

holobiont murcof has accompanied us on many rich phenomenological journeys over the years, the soundtrack to peak experiences and insight. the alias sessions sustains this evocative role in our lives.
bravo fernando Favorite track: Unboxing Utopia.

alapastel 13 years since the last album, Murcof took me to a self confronting 90 minute slowgrowing deserted visionary journey that forced me to accept the darkest places of this existence and contemplate God.
more...

PLEASE NOTE: Unfortunately delays in the manufacturing process mean the physical release for The Alias Sessions has been put back to June 4th for the UK and Europe and July 16th for the rest of the world. We will be shipping your Bandcamp orders as soon as we have stock.

Murcof, the primary project of producer Fernando Corona, returns to The Leaf Label for the first time in thirteen years with a mammoth and visionary double album, The Alias Sessions. This collection brings together all the elements incorporated into the project to date - meticulous sound design, ghostly samples, forceful beats, diaphanous atmosphere - but pushes the sound even further in terms of both abstraction and beauty. This is electronic music of exquisite tension and ecstatic release, moving from barely audible details to explosive peaks, much of it delivered by earth-moving bass.

Murcof first emerged during an exciting period of electronic music, operating at its cutting edge. Debut album Martes appeared on Leaf in 2002, when alternative possibilities enabled by advancing technology were just starting to come into focus. By combining stark beats - minimal techno, microhouse and glitch were all entering their heyday - with carefully layered sampling drawn in part from modern classical music, Martes was compelling in its moment but also looked to the future. It refused classification, even as its parts had clear antecedents. It grooved, but wasn’t quite dance music; it experimented with tonality, but each track was memorable. And it sounded like no-one else.

“When I was younger, I wanted to study music composition for classical orchestra,” Corona says, “inspired by the likes of Alfred Schnittke, Valentin Silvestrov and Giya Kancheli. But there were no real options for me given my family’s economic situation, so I abandoned the idea and went deeper into exploring electronic music.” Corona’s surrounding music scene at the turn of the millennium was different in important ways, and left an important mark. While just a few cities formed the power centre for electronic music - Berlin, London, New York - Corona, working under the name Terrestre, was associated with the Nortec Collective, a group of producers from Tijuana, Mexico, whose sound had a local identity even as it incorporated influences from around the globe. The work of the collective, which included Bostich, Fussible and Panoptica helped show that rigorous and inventive electronic scenes could emerge from anywhere, as long as the creative spark was present.

As additional chapters in the Murcof story were written - 2004’s Utopía, with new tracks and remixes by kindred spirts including Jan Jelinek and Sutekh, 2005’s boldly cinematic Remembranza, and 2007’s epic Cosmos, with its integration of acoustic instruments - Corona continued to expand the parameters of the project while maintaining its unique sonic signature. In the years since, he moved to Barcelona and produced solo and collaborative work for labels including Infiné and Mundo, composing music for film and television along the way.

The Alias Sessions is the most ambitious and wide-ranging Murcof album to date. Though Corona created the music himself, the recent work is again the product of collaboration. He began work on this music in April 2017, when he met with choreographer Guilherme Botelho, leader of Geneva-based dance company Alias, about a new performance piece - ‘Contre-Mondes’. Versions of these compositions make up the first half of the album. Corona continued work with the organisation for a 2018 performance entitled ‘Normal.’ which now forms the second part of the record.

“This material is a bit more abstract than my previous works,” Corona says, “with plenty of non-tonal sounds that sometimes take centre stage.” Where conventional musical elements are used, they are often processed beyond recognition. On the opening ‘Inner Hunt’, Corona samples and manipulates his voice, turning the plosive attack of various syllables into a digital flutter that hovers between the organic and the virtual. Other tracks were built from experiments with modular synthesis, like ‘Underwater Lament’, which situates a bubbling sequencer against a backdrop of noise, and ‘Ideology Storm’, which builds tension from a metallic-sounding percussion pattern and an ever-shifting tapestry of hiss and static. The field recordings of wind and thunder that move through ‘Inevitable Truth’, create an uncanny sonic space in which lines between interior and exterior and analogue and electronic blur completely.

The Alias Sessions is less about the individual components of a track and more about the cumulative force of the set as a whole. Corona has composed several film scores and that experience with atmosphere informs these tracks. The record benefits from careful and focused attention, preferably over longer periods - it’s too expressive and dynamic to remain in the background. “I’m always looking for new unheard sounds,” Corona says. “To create weird associations and contrasts between sounds of a different nature.” The Alias Sessions is the glorious result of this desire put into practice.

Little Brother joins the show to discuss their beautiful journey, plus tunes from Fat Tony